Losing My Religion; and What Does Community Mean?

Of all the things my recent medical emergency has done to me, enhancing my piety is not one of them. 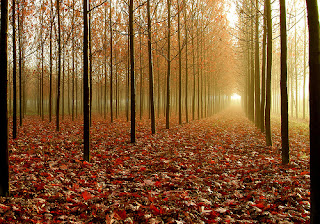 I'll tell you the truth: One of the most unnerving aspects of waking up in an ICU, having no idea why I am there, is the realization that my checking out could have been permanent. And then that would have been the end of it. There was no white light at the end of a tunnel; no angels; no comforting retinue of departed loved ones there to greet me on the other side. Just...nothing.

Nor was my medical counsel all that helpful; because no one -- not the ER docs or the neurologist or my doctor -- is exactly sure why light anesthesia that I've had before with no ill effect would suddenly rebound in my system. Was it a function of sleep apnea? Something wrong with my liver? No conclusive "why" has shown up in any tests. This thing happened to me, and no one knows why, and no one knows if it will happen again or why it might.

For a full week after I got home, I was afraid to go to sleep each night because I wasn'the t sure I'd wake up again. I was well on my way  to zombiehood before my body finally cried "Uncle" and I surrendered to an 8-hour rest.

So let the record reflect: I'm not going gently into that good night.

There was that. And then -- I don't know how I can describe my feelings without sounding like a diva and a whiner, but...the response of my local faith community (as opposed to the rest of you all) other than our pastor, who showed up to help Fellow Traveler the night I went into seizure, was...well, kind of a whole lotta nothin'. 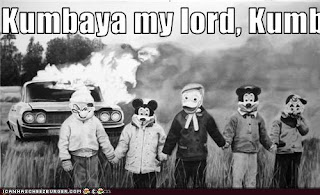 I got, I think, a total of three get-well cards from church folks -- one from The Ladies, our back bench of elders who are always good eggs about sending people cards -- but for a church where every Sunday we have letters read from strangers thanking us for the showers of cards they've received from our congregation...I couldn't help feeling as insecure as my five-year-old self in kindergarten: "No one likes me." The only fellow church members I heard from on an ongoing basis during my convalesence were people asking me to do things and then wondering why those things weren't forthcoming. I tried so hard to explain to them how unwell I still felt; truly, for more than a month after my hospitalization I was having problems with my vision, with fatigue, with short-term memory, with the general feeling that a dull dark cloud had settled over my cognitive function. But all I heard was, "Why isn't the church calendar online?" "When are you going to update the website?" "Can you______?" "Can you_____?" And this is what Fellow Traveler -- who in addition to taking care of me 24/7 was also battling walking pneumonia -- was hearing as well. It was incredibly frustrating not only not to be heard, but not to be cared about other than as the means to an end.

But, thinking about it....we really  don't have a lot in common with a lot of people at church. We really don't. A lot of them are part of a hard-living, hard-partying, country-music blaring, oppositional-behavior-embracing local culture that we don't find charming or fun or something we want to join.  We can count on the fingers of one hand households that we're on dropping-in-on-friendly terms with, and maybe another hand of households we'd consider first-name-basis acquaintances.  So why should we expect anything from the others? (The other day our pastor was asking me -- I guess I'm the resident social media expert -- about some cat-fighty Facebook drama with individuals at church who weren't getting along, and I had to admit that I didn't know who the hell he was talking about.)

I know that the mainline-denominational party line is to emphasize that we're part of a community, not all off having our own me-and-Jesus experiences in a corner somewhere. But, seriously folks -- real community is a rare commodity, and I think in an effort to reject me-and-Jesus-under-a-blanket-with-a-flashlight quietism we tend to oversell both how much of it exists in our churches and how church community informs our own faith.

And I also wonder how much community we want, deep down. I've observed Evangelical acquaintances where "community" has morphed into a near-cultish insularity and group control that includes "shepherding," tattling, peer shaming and a lot of other crap that most of us in Mainlineland wouldn't tolerate. When I think of FT's and my circle of friends and aquaintances -- we tend to like to spread our social capital wide instead of depending on one sector to provide the bulk of our emotional and social support.

Long story short: We're stepping back from a lot of our involvement in church, including the compulsion to provide warm-body ballast at random church activities and to be volunteers of last resort. We're tired, and we're just not feeling it. I've been doing  my assisting gig on schedule, but when the alb comes off I leave. And while my inner nag is telling me that I should feel guilty about all this, what I think is the healthier part of myself is telling me that this is something we need to do for our own health.
Posted by LutheranChik at 8:29 AM 14 comments: