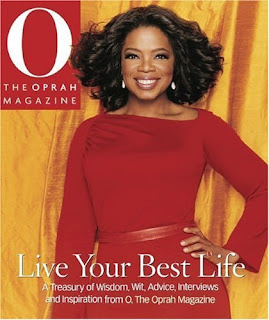 I've noticed that most people have a real love-hate relationship with Oprah Winfrey -- they either think she's Wonder Woman, or else they can't stand her. And boy -- start talking about Oprah to a theologically literate Lutheran, and you will very often see that scary high eyebrow of disapproval; you know, the Oprah who appears to embody the sort of pretension to spiritual self-reliance and self-improvement that stands in contrast to the insight that, as Luther put it, we are all beggars before God.

But I've been thinking about Oprah as the year's lectionary readings have been leading us into Mark's Gospel, filled with all those short vignettes of Jesus' BANG! POW! BAM! healings, coupled with his message that the Reign of God was "at hand."

I used to watch Oprah, before her show got so self-absorbed, celebrity-driven and bling-dispensing. And I've subscribed to O magazine, before the ratio of advertising to editorial content and the cognitive dissonance therein -- you know, "You are capable and talented and beautiful and empowered, and that's why you need to look a certain way and buy all this stuff" -- finally got to me. I enjoyed and was inspired by the stories of everyday people who overcame desperate situations in extraordinary ways, I appreciated the practical, accessible cognitive psychology that underpinned many of the articles and I also liked the affirmations and uplifting quotes that were there in between all the cosmetic ads and photos of Oprah's Favorite Things.

So while I find Oprah's self-aggrandizing brand of celebrity spirituality, what I can understand of it, goofy in a Shirley MacClaine/Tom Cruisey way, and while I get tired of her seeming constant celebration of herself as personification of her "brand" -- I also see someone who, having struggled to free herself from a very damaging family experience and destructive personal choices to become successful, has a genuine interest in giving other people hope that they can do the same. And that is not a bad thing.

The problem is, I run into a lot of my coreligionists who, in their ongoing battle against "works righteousness," wrongly conflate the notion of spiritual self-betterment, the climbing-Jacob's-ladder model of salvation that's the opposite of the Gospel message, with what I think is a healthy realization that we can be enslaved by faulty thinking, by learned responses to stress that don't work anymore or that never worked at all, by the messages imprinted on us by parents and our culture, by a paralyzing helplessness...and that there are practical, proactive ways people can overcome those patterns of thinking and doing. 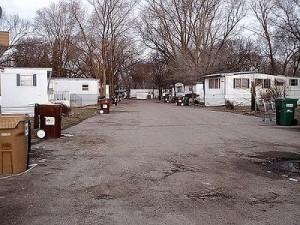 Living in struggling rural America, I see every day the result of "stinking thinking" in the lives of people stranded here -- people who live in communities like mine not by choice but because it's their perceived dead end. The local backwoods culture sends the message to children not only that education isn't important but that seeking anything beyond a kind of minimal literacy and local folk smarts is a dangerous, antisocial thing; the greater pop culture encourages a self-indulgent nihilism that tends to get a lot of young people here in trouble at an early age via pregnancy, paternity, drugs and/or criminal behavior. So by the time people are in their 20's, a great many of them are stuck -- stuck with kids they don't have the tools to adequately parent, stuck in the social-services system or in strings of part-time minimum-wage jobs, stuck in relationships of convenience, stuck in a cycle of whatever chemical or other pleasure-seeking gets them from one day to the next.

I would like to respectfully suggest to folks who do ministry in communities like these that it is possible in this sort of milieu to be so heavenly minded in terms of affirming the Lutheran idea of justifcation by faith that, when it comes to community outreach and care of the whole person, we do no earthly good. If someone's m.o. from day-to-day is enculturated learned helplessness, high-minded discussions about our inability to earn brownie points for good behavior with God don't make a lot of sense; because that person has somehow internalized the idea that brownie points from anyone for anything -- getting out of pajamas in the morning, staying in school, learning something more than Ma and Pa and Uncle Earl know, aspiring to a challenging career or even to a self-supporting job, delaying gratification in service to a greater good -- are either totally beyond their grasp or else are just not worth the effort. "Don't try to impress God with good works, because God isn't impressed by them," can sound very much like "Don't try," period. 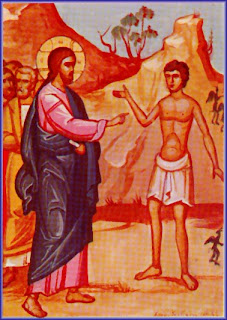 Take that, steeple-fingered, middle-class Lutheran theologians and pastors and lay leaders. I'm just sayin', me, a little semi-trained church elf here in the depressed hinterlands. What is the good news for these folks? How do you get from the Gospel message that God is our friend, not our enemy, to the message that this life is a good gift of God that's worth living in a mindful way, and that there are ways of escaping the hopelessness of bad thinking and bad choices? Or is that the point where you pull out the business card of the local CMH office and make a referral, because that's not the church's job? I'm not being snarky here; I'm interested in how other people in ministry of whatever kind navigate the territory between "care of souls" and care of the rest of us.

All of which, as I'm sitting here thinking about stuff and procratinating housecleaning on this cold February day, leads me to pondering the Lutheran tendency, at least as I've experienced it, to maintain a very Western, penal model of sin and grace and to reduce the idea of salvation to God's free key to a heavenly condo. I mean, that was certainly the definition of salvation that I grew up with; my unearned fire-insurance policy won for me by Jesus. Many decades later, after having lived a lot of life and being exposed to both the Eastern Church's ideas about salvation -- salus indeed -- being about spiritual and other health in this life as well as the next, and to the very real benefits of cognitive psychology and counseling, I wonder why so many of us are still stuck in a rather simple-minded and to me unhelpful salvation paradigm starring Jesus as our defense attorney, Satan as prosecutor and Judge Sky Daddy gravely perusing our multi-paged record of criminal charges. That's how it seems to me, sometimes, in our collective Godtalk.. How does that mesh with Mark's image of Jesus as One whose healings are a powerful sign of God's intention that we be freed of whatever it is that alienates us from God and from one another and from living "the life that is life"?

(As you can see, I really do not want to vacuum the living room right now.)

Our local fundamentalist churches, of course, offer their own version of the eternal get-out-of-jail-free card (some conditions may apply); and they are also fond of promoting the tempting idea that struggling rural people's personal chaos and community malaise are largely blameable on certain predictable Evil Others, so that if American society just purified itself of the Evil Others life would return to a  comforting scene from The Andy Griffith Show with Jesus, the Duggars and a really big, flappy American flag thrown in. You can laugh at that, or get angry at that -- but do those of us in the Christian mainstream have any kind of compelling alternative vision of a life healed by God that makes sense to a teenager with little competent adult guidance or role models whose only idea of an "abundant life" is a boyfriend, or some aimless young man who drifts between Mom's basement, under-the-table odd jobs and baby mamas, or a proudly self-sufficient entrepreneurial couple who suddenly find their tenuous grasp on a bit of security and dignity yanked away when a major local employer moves its operations elsewhere and all the money bleeds out of the community?

How does the Gospel we encounter in Mark become real for people like this? Discussion is welcome and encouraged.
Posted by LutheranChik at 2:16 PM

I recommended this post for the Wednesday festival for RevGalBlogPals. I think you make really true points and raise really honest and valuable questions. Is there any value to knowing, even with grace, we are accountable for our actions and our use of what we have? Sometimes I wish we didn't have a concept of the life of the world to come because I think it would free us in many ways for the living of these hours. I will be pondering your thoughts and maybe by Wednesday I will have something more profound to say.

Too much to think about for this evening. But as for Oprah, I never once watched her. Walking past her magazine a couple of times/week at the grocery store was enough: The picture of her on the cover every week surely said she wasn't a northern European Lutheran, and I don't mean skin color.

Come over and do my dusting if you get done with the vacuuming.

It's easier to talk about love than to live it. It's easier to trust in God for your eternal salvation than to be the present day salvation for your neighbor in need. It's easier to pray for someone else to take money out of their pockets and time out of their schedules to help others than to follow Jesus into the world. Even though Martin Luther didn't think much of the book of James, he too believed that faith without works is dead.

so heavenly minded that we do no earthly good. Yes. That's it. And I thank you for it, so much!

Now and then my Anglican background kicks in.Re "works of righteousness"
there is a differentiation between,"the corporal works of mercy":feeding the hungry etc. enjoined by the Gospel and "works of supererogation" works thought good--like Luther's climbing the Spanish Steps--but not asked for,unneccesary.

Those who say you are saved though faith not works, how is faith not either a gift--getting into the grace idea or a work? Be it as it may I hopeI have a few works in my back pocket when I approach the Pearly Gates

Faith is a gift, therefore, not a work. Following Christ is works. We follow because we are changed by grace, not that we get grace because we work. We may be judged because we haven't done any works, but God's grace is mighty wide.